One thing that annoys me about having a mental health condition is people don’t know enough about them or how to help you. The lack of knowledge can sometimes put people off talking to you about it or trying to help you when in reality, it can sometimes be the worst thing to do. Lately I feel like some people don’t seem to understand what depression/anxiety is and have either made passing comments about them (without realising) or just completely avoided it topic at all costs.

Having depression isn’t just ‘having a bad day’ and anxiety isn’t just being ‘nervous’, its serious and can have such a massive impact on people’s lives, like all other mental health conditions can. Mental health is as serious as physical health but it is often dismissed and treated differently from physical health. If someone had a problem with their physical health, you wouldn’t think twice about talking about it and asking how the person is but if someone has a problem with their mental health, it seems to be a lot harder for people to talk about. Being someone who has a mental health condition, I would prefer if someone spoke to me about it and began to understand me than people either avoiding the conversation or making assumptions about my condition. No ones mental health is the same and different people deal with it in different ways. Asking someone a simple question like ‘how are you?‘ or ‘how are you dealing with things?‘ can open up so many conversations about mental health and can honestly make someone’s day.

There are so many myths and assumptions about mental health that some people think are the truth when most of the time, they are far from it.

These are just a few of the many that are out there that can be really dismissive or upsetting to hear if you are trying to get help. The best way to help someone with mental health is to just listen. It is such a simple thing but it seems to be hard for some people to realise how easy it actually is to help make a difference to someones mental health. Just having someone to listen to how you are feeling and know that they are there when you need to talk can be such relief for some people and I know personally, I don’t know what I’d do without having family and friends to talk to. If anyone is reading this and feels like they don’t have that person, I am always here for anyone who needs to talk about anything either on here, Facebook or on Twitter.

We all have mental health so everyone should feel they can talk about it. No one should suffer in silence or feel they can’t speak to anyone about it. If you think someone is struggling, just ask them. I’m sure they would appreciate it even if they are!

Mental health needs to become the topic of conversation.

3 thoughts on “Mental Health- We All Have It” 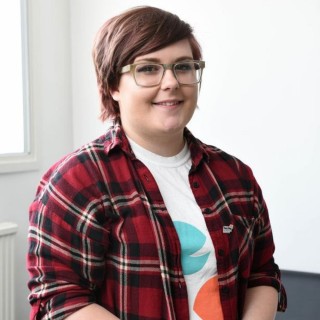